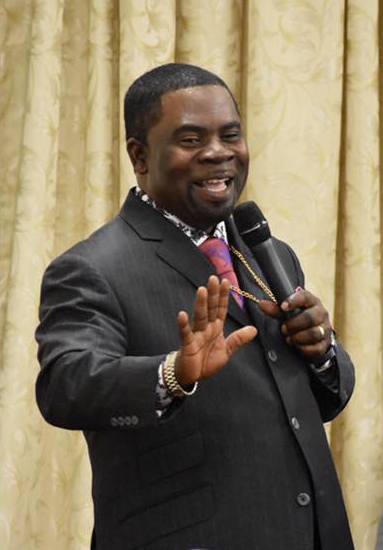 Benjamin Boateng is the head pastor of Breakthrough Worship Center in Bronx, NY. Born in Ghana, Sunyani Barrack, he is a man with a deep passion for God. Gifted with the Holy Ghost power to heal and deliver, he has lead many people to Christ.

At a tender age, he saw the manifestation of God’s power. When beaten down with a dire disease, a man of God was invited to his home to pray for him. Benjamin Boateng gave his life to Jesus immediately right after he received instant healing. At the age of 14, he began to preach at healing crusades where the power of God was prevalent. Growing up with a father who practiced Catholicism and a mother who was part of the Methodist church, he never imagined that his aching and desire to spread God’s word would invade his heart in such glorious manner. As time went by, he moved from Methodism, which he had been practicing the Pentecostalism. Like he always likes to say, “The fire I had in me was so great, so big that I felt the gift I had was not for Methodism. Pentecostalism was what God kept whispering in my heart.”

Pastor Benjamin Boateng is an Evangelist at heart and a giant of faith. He has a deep love and sense of compassion for others. He enjoys teaching God’s word and helping others tap into their God-given abilities such that they may walk into the overflowing abundant life the Creator has laid out in scripture.

Pastor Benjamin Boateng graduated from Royal Academy of Accountancy in Ghana. Since making his move to the States, he pastored a church called More Than Conquerors Global Ministries. He has traveled to countries in Europe and back in his native home Ghana to bring the knowledge of God to many through the healing revivals he has participated in. It is one of his main missions to train and develop Christ-like disciples in their God given gifts and callings. He decided to form Breakthrough Worship Center when God spoke to his heart. He is married Emelia Boateng and they have three children Clarence, Benjamin and Teddy Boateng.

“The name of his church represents what God does for us every single minute, hour, day. When we wake up from sleep, arrive to our various homes safely, when our families are prospering, and importantly when we worship, we are receiving our breakthrough.”

Update Personal Details
Your ticket for